The 3 Most Common Mistakes Wing Chun Practitioners Focus on

Wing Chun is excellent martial art. The simplicity of its structure And its use of angles and directness make it very practical and easy to learn martial arts.

Of course, there are many nuances and deeper understandings that need to be mastered, but the initial stages of learning Chun are relatively straightforward from a learning point of view.

With that ease can come complacency, and it is something to bear in mind if you are practising Wing Chun or are considering doing so.

After many years of studying the Wing Chun system my observation, and this is only my opinion, I have found that too many Wing Chun schools focus on Hand techniques and allow other important fundamental principles Like footwork and fitness to take a backseat.

As with all martial arts and the very principle of the yin yang Any martial arts study needs to be complementary, interconnected, and interdependent all at the same time. To only focus on one area can only be detrimental to the art and to the practitioner.

Just because you are good at Chi Sau doesn't mean you can fight.

Chi Sau is a unique training exercise of the Wing Chun system. To anyone unfamiliar with Chi Sau, the activity itself can look rather peculiar.

The use of Chi Sau in the Wing Chun system is designed to help improve many areas of the practitioner.

Chi Sau involves two Wing Chun practitioners being at arm’s length, making contact with the wrists, the starting point of the exercise. As the name suggests, Chi Sau aims to stick to your opponent’s arms, thus preventing them from striking you, but through skill, speed, reflexes and sensitivity, you aim to hit your partner.

As your confidence and skill grow, Chi Sau can be a great exercise as it develops many areas of Wing Chun. Listed below are a few benefits of practising and becoming proficient at Chi Sau. 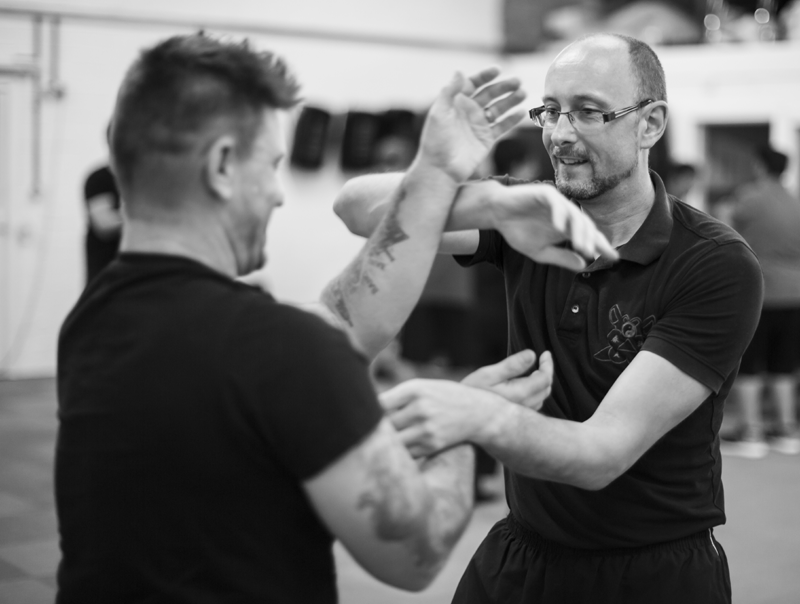 Positioning. When thinking about positioning, whether when practising chi sau, drilling applications or contacting sparring, your positioning is vital. If you are in the correct position, then you can strike or defend. Conversely, poor positioning can have significant consequences.

Energy. When talking about energy use in Chi Sau, it is essential to remember that Wing Chun is designed to preserve energy.

For example, if you were training with a smaller and weaker partner, you would not expel all of your energy. Instead, you would only use what was necessary.

Conversely, if you are a smaller person, fighting a more muscular person would be futile to try and beat them with strength; skill and speed would be needed, thus preserving your energy.

Reflexes. Chi Sau can improve your reflex response. You have to practice regularly, and your reflexes and reaction times will improve.

The practice of Chi Sau is excellent news for anyone involved in Martial Arts. Chi sau is such a brilliant tool to improve your reflex and response times.

Timing. Coupled with your reflexes, your timing. Knowing when to strike or block will give you a significant advantage, especially when practising Chi Sau.

Technique. The techniques that are employed when practising Chi Sau will be very familiar to the Wing Chun practitioner. The most common techniques and shapes you will see at the start of any Chi Sau exchange are Tan Sau, Bong Sau, Fook Sau.

So as an exercise Chi Sau is an amazing tool to help sharpen your positioning, energy, reflexes and techniques but these tools alone will not keep you safe during a violent encounter. There seems to be almost a snobbery arrogance of Wing Chun practitioners that believe that just because they are good at Chi Sau there will be able to win or fight off a career criminal. If anybody is arrogant enough to believe that, then they may be setting themselves up to fail should such an occurrence arise?

I Don't Need to be Fit

Looking at some rudimental data on street fights, the average length of all street fights combined was forty-seven seconds. Interestingly fights that happened exclusively between two participants lasted an average of forty-eight seconds.

I am confident that if I asked you, “Could you fight and survive with someone for less than a minute”, You would answer yes.

You may well think that you are fit enough. After all, a minute isn’t a long time…

I do not want to burst your bubble, but if you were ever to be attacked and you were to suffer from an Amygdala hijack, not control your breathing and focus, you may well find yourself in a dangerous position.

(An amygdala hijack is an emotional response that is immediate, overwhelming, and out of measure with the actual stimulus because it has triggered a much more significant emotional threat. In his 1996 book Emotional Intelligence: Why It Can Matter More Than IQ, Daniel Goleman coined the term. Wikipedia)

Signs and symptoms of amygdala hijack include

To be aware of an amygdala hijack is not the wrong place to be. Instead, you need to be mindful of it, control it and regain your focus.

If you are aware of the amygdala hijack happening, it also probably means that your would-be attacker is standing in from you. This is good. Please remember this phrase “If you can get time to take, you can probably get them to walk.”

If someone is in your face, pointing a finger, being aggressive but has yet to throw a punch, the best course of action is to first see if you can talk them down and yourself out of the situation, get them to talk, make them walk. 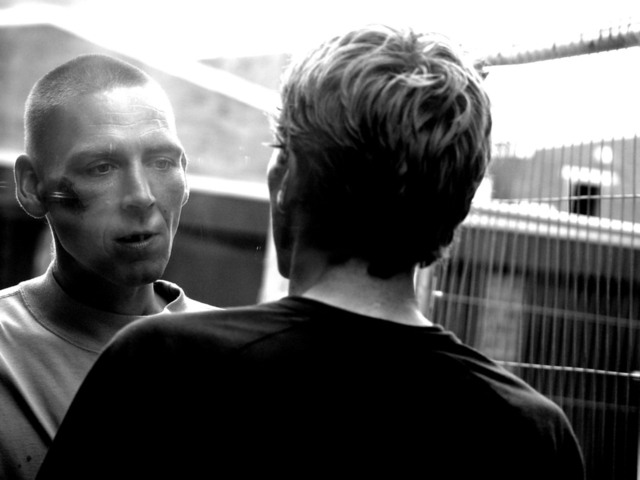 What has all this got to do with fitness?

If you are unlucky enough to be attacked by a career criminal then you have already been singled out, you have been watched and found to be the perfect victim. Maybe you are having a bad day, not paying attention to your situation and environment. Remember that A career criminals Job is to attack or mug the person Getaway without getting caught, this is their job.

As the initial attack happens you have to survive for at least 30 seconds, at this point the chances of you being knocked out decrease dramatically, this is where your fitness comes into play. If you’re not used to a very high intense very physical encounter that lasts 30 seconds you may find yourself in a lot of trouble. Understanding this concept is key and fitness plays a big part of this.

Only after surviving the ambush attack, controlling the fight and flight response and the potential of the amygdala hijack will you be in a position to fight back. Never underestimate the importance of fitness in your training. If you find that where you are currently learning martial arts doesn’t pay much attention to fitness and it is imperative that you embark on a fitness regime, it could very well save your life.

Lack of sparring has always been a personal area of contention for me.

How can you know a technique you are drilling will work if it isn’t tested?

Now, there are a few things I would like to point out,

Those points aside, as you become more accustomed to the technique, getting into the flow, this is the time to put it to the test.

This drill is great to help develop positioning, the use of energy, reflexes and technique.

But the point is, this is just a drill, not a real fight or worse an ambush by a career criminal.

Putting your Wing Chun to the Test

To put any technique to the test, you must up the pressure and face an opponent throwing accurate punches.

Can you imagine a boxer stepping into the ring only having shadowboxed and hit pads? 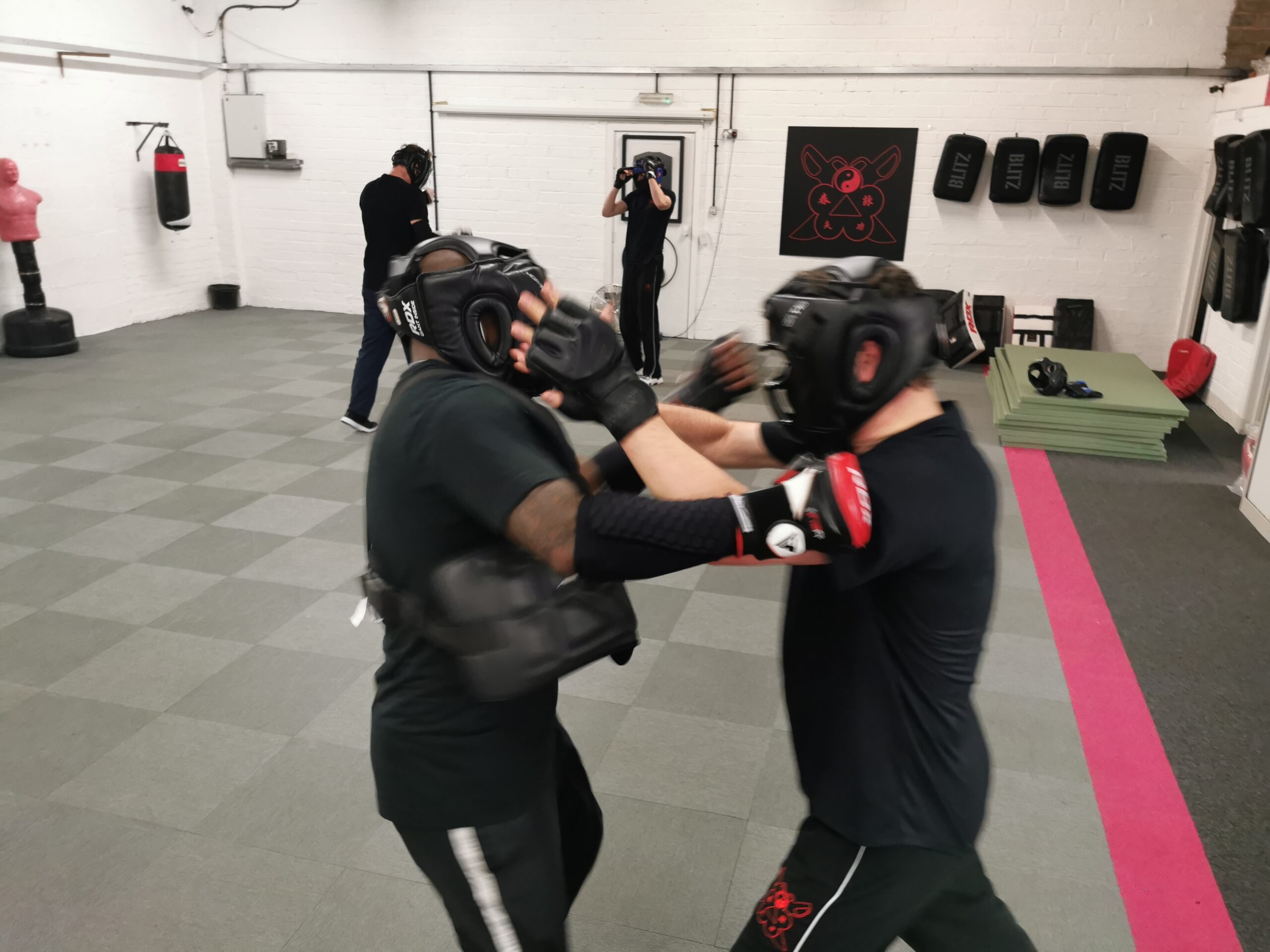